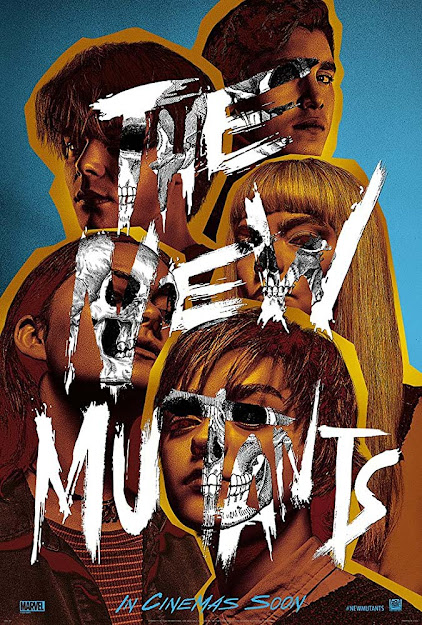 "There is something new to fear" in The New Mutants. This superhero horror film directed by Josh Boone, written by Boone and Knate Lee, and based on the Marvel Comics team of the same name created by Chris Claremont and Bill Sienkiewicz. It is the thirteenth and final installment in the X-Men film series. Five teenage mutants undergo treatments at a secret institution that will cure them of their dangerous powers. However, their memories soon turn into terrifying realities as they start to question why they're being held and who's trying to destroy them.
After completing work on The Fault in Our Stars (2014), Boone created a comic book with Lee to illustrate what a potential film trilogy adapting the New Mutants comics would be like. Boone and Lee took the comic to producer Simon Kinberg who "really liked it". In May 2015, Fox hired Boone to co-write and direct the film. In March 2016, Kinberg said that, like Deadpool (2016), the film would be different from the core X-Men films and would have a young adult "vibe". In May, Kinberg stated his hope for filming to start at the beginning of 2017. In April 2017, the film entered pre-production in Boston, Massachusetts. Fox scheduled the film for an April 13, 2018 release date. Boone confirmed the film would be "a full-fledged horror movie set within the X-Men universe..." By early July, Maisie Williams, Anya Taylor-Joy, Charlie Heaton, Alice Braga, Blu Hunt, and Henry Zaga were cast. At the same time, principal photography commenced and wrapped in mid September. Filming took place in Medfield, Massachusetts. Boone and editors Matthew Dunell and Robb Sullivan delivered a cut of the film to Fox that they were happy with. Three days of additional photography were planned to complete the "YA movie" that Boone, Lee, and Fox had agreed to make. However, following the successful release of the film It (2017), Fox decided to make the film more like Boone's original vision rather than completing the version that they had been making during production. In January 2018, the film's release date was pushed back to February 22, 2019. It allowed time for the reshoots required to make the film more frightening. The additional photography was soon set for mid-2018. In March, Fox again delayed the film's release to August 2, 2019. However, following the acquisition of Fox by Disney in March 2019, the studio pushed the film's release back to April 3, 2020. Reshoots for the film ultimately did not take place as Boone found that the cast had aged too much since principal photography had taken place. In early March 2020, Boone stated that the film was complete. However, Disney removed the film from its release schedule, along with several other films due to the COVID-19 pandemic. Ultimately, Disney scheduled the film for an August 28, 2020 release date.
Though confident performances were given by the cast, they never really generated any sympathy for their characters.
The film offers an imaginative and perfectly competent entry for a franchise already starting to succumb to franchise fatigue.
Simon says The New Mutants receives:

Also see my reviews for The Fault in Our Stars and Deadpool 2.
Posted by Simon Shin at 15:00