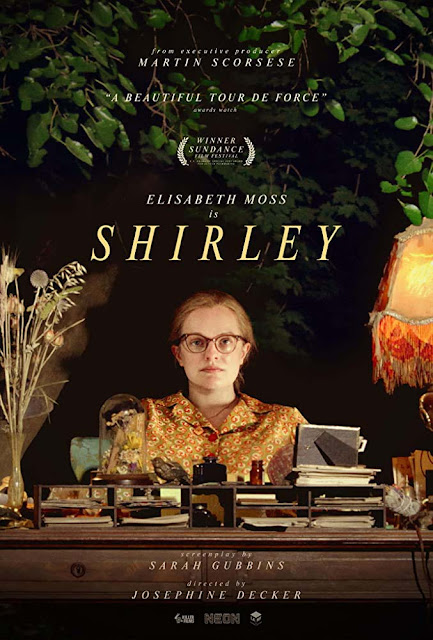 From executive producer Martin Scorsese and the director of Madeline's Madeline comes Shirley. This biographical drama film directed by Josephine Decker, written by Sarah Gubbins, and based upon the novel of the same name by Susan Scarf Merrell. Renowned horror writer Shirley Jackson is on the precipice of writing her masterpiece when the arrival of newlyweds upends her meticulous routine and heightens tensions in her already tempestuous relationship with her philandering husband. The middle-aged couple, prone to ruthless barbs and copious afternoon cocktails, begins to toy mercilessly with the naïve young couple at their door.

In mid May 2018, an adaptation of Merrell's novel by Gubbins was announced with Decker to direct and Elisabeth Moss and Michael Stuhlbarg to star as Shirley Jackson and Stanley Hyman, respectively. By late July, Odessa Young, Logan Lerman, Victoria Pedretti, and Robert Wuhl rounded out the film's cast. At the same time, principal photography commenced and took place in Jefferson Heights and Poughkeepsie, New York.

The film stars Moss, in the title role, Stuhlbarg, Young, Lerman, Pedretti, and Wuhl. Thanks to the cast, led by the amazingly versatile Moss, the film is a well-acted low-budget aesthetic one that might impress even if seemingly going the mumblecore route without any easy solutions to the problems it raises
On the surface, the film is an uncompromising portrait of a troubled woman who finds sanctuary in a troubled writer. But, look deeper, it provides self-aware commentary about the acting process itself. The film is not a statement but a fiercely curious exploration of the dense relationships between artist and viewer, art and life, story and teller, and the different ways we perform ourselves every day. The entire film is an exercise in immersion. This could be off-putting to those less adventurous among us, but if you're brave enough to stick with the film into its second act, Decker delivers something quite impressive amidst the chaos. This really is a superbly made film. The sound design is really fantastic and quite disturbing in a way. It takes a while as a viewer to find its rhythm, but once you do you'll be with it the whole way. There's no getting away from the fact that it's a Marmite film, but love it or loathe it, Moss' performance as Shirley Jackson is phenomenal and award worthy. A quietly radical film about who has the right to tell what story, one that cuts seamlessly between its three excellent female leads' points of view. An honest exploration of the brutality inherent when uneven power dynamics in close relationships reach their breaking points. Is it fair to ask someone to traumatise (or retraumatise) themselves for the sake of art? Rather boldly, it seems as though Decker is also asking the question of herself. With her fourth feature film, Decker is cementing herself as an irreplaceable voice in contemporary independent filmmaking. Decker hones in on a seminal time in the development of a young woman's identity; as Rose filters out the noise, she finds her soul through Shirley. 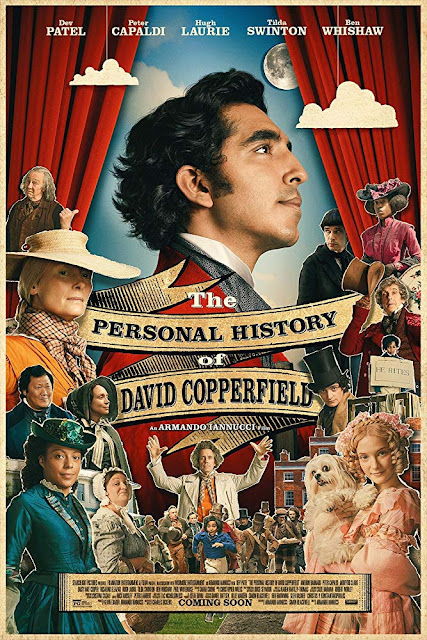 "From rags to riches... and back again." This is The Personal History of David Copperfield. This comedy-drama film adapted and directed by Armando Iannucci, and based on the Victorian literary classic David Copperfield by Charles Dickens. Th film reimagines Dickens' iconic hero on his quirky journey from impoverished orphan to burgeoning writer in Victorian England.


The film stars Patel, Swinton, Laurie, Capaldi, Whishaw, Whitehouse, Barnard, Wong, Christie, McShera, and Ladwa. Patel leads the cast valiantly in what are sharp comedic performances all around. The performances from the cast have to be rated for their comic timing more than for historical nuance, and of the group, Beale stands out the most as he feels the walls of conspiracy closing in.
It may be cringe-worthy at times, what with its propensity for showing the world of poverty, wealth, and everything in between, but for those who like their parables to be challenging and salty, do not miss this exceptional film. It is a very funny comedy with an inspired cast that makes sure the political component will not dilute but neither monopolize the plot too much. It is a clever, intelligent bit of comedy, history played for laughs, that is a refreshingly change from the usual low humor comedies of recent years.
The narrative is no slack and there's always something happening that keeps us alert and grinning from ear to ear. This is humor at its finest. It shoots a taproot down to our deepest humanity, and it does so, ironically enough, by revealing the hellish sources of our own inhumanity. No joke is without a later payoff that mixes two or more things we've already laughed at together for another when you least expect it. As great as the ensemble is, the script is even better, easily making the film the best and funniest of 2019 thus far. The movie veers into slapstick territory at times, as Iannucci continually takes the spark of a true story and sets it on comic fire. Maybe the movie doesn't live up to the most lavish praise that's been heaped on it, but there's a certain grim pleasure to be had from seeing its knaves and fools stripped down to their essential, vulgar meanness. From start to finish, Iannucci delivers an audacious and insightful and ridiculous and hilarious send-up that reminded me of the classic Monty Python films of the 1970s and 1980s.

Also, see my review for The Death of Stalin.
Posted by Simon Shin at 18:00 No comments: 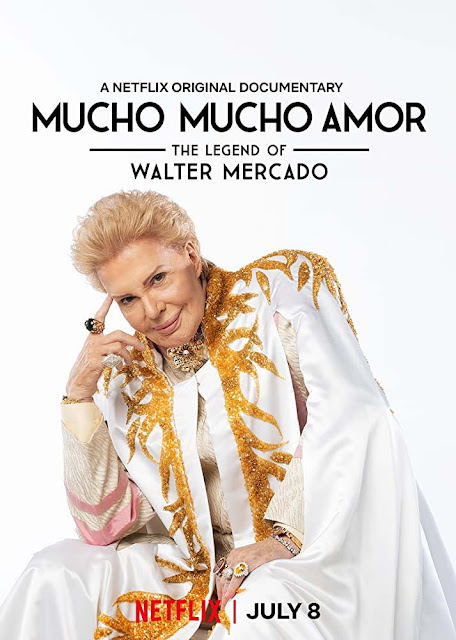 Born on March 9, 1932, Puerto Ricanastrologer, actor, dancer, writer, and television astrologer Walter Mercado Salinas was born in Ponce, Puerto Rico. Even as a child, Mercado believed that he had spiritual abilities. He attended university majoring in pedagogy, psychology and pharmacy, and used these skills to teach others, to study the human mind and to learn about the healing properties of medicinal plants. Since 1970, his astrological prediction shows aired for decades in Puerto Rico, Latin America and the United States, and he became a cultural phenomenon in the Hispanic community. However, in January 2012, this came to an end when Mercado lost a lawsuit against Bart Enterprises International. He was trying to prevent it from using his name and likeness in future commercial ventures. Mercado signed a contract with the company in 1995. He severed ties with the company in 2006, which resulted in litigation being filed by both parties against each other. Chief Judge Sandra Lynch of the United States Court of Appeals for the First Circuit ruled that Bart Enterprises can continue using Mercado's name and likeness in future commercial projects. Shortly afterwards, Mercado was flown to Cleveland Clinic, Cleveland, Ohio, with cardiac problems. Then onwards, on a limited basis, Mercado continued to make public appearances. On the night of November 2, 2019, Mercado died, reportedly from kidney failure, at Auxilio Mutuo Hospital in San Juan, Puerto Rico. He was eighty-seven. He is buried at Señorial Memorial Park in Cupey barrio, San Juan, Puerto Rico.
Despite failing to dive deeper, the film is an emotive homage to the legend that is Walter Mercado. A charming and moving tribute made with mucho, mucho amor that honors the legacy of one of the greatest Hispanic TV figures. If you've never heard of Walter Mercado, when you see him, he appears to be the love child of Liberace and Charro who found an astrology book, but he is so much more. The film is a true reflection of its subject, by accomplishing the intended goal of making people feel uplifted and entertained. A treat for his multitudes of fans and an eye-opening introduction for others, this film is a festival of Walter Mercado: a one-person testament to audacity, kindness, and amiable self promotion. The film may not be a groundbreaking cinematic work, but its effortless combination of whimsical mysticism, quiet reverence, and just the right dash of over-the-top eccentrics makes it the perfect tribute to Mercado. A wildly entertaining and touching work that takes one of the most unique and distinctive personalities imaginable and fully does him justice. The film is a fond farewell to Mercado and a celebration of his life, and enlightening both for Mercado newbies and those who grew up at his proverbial knee.