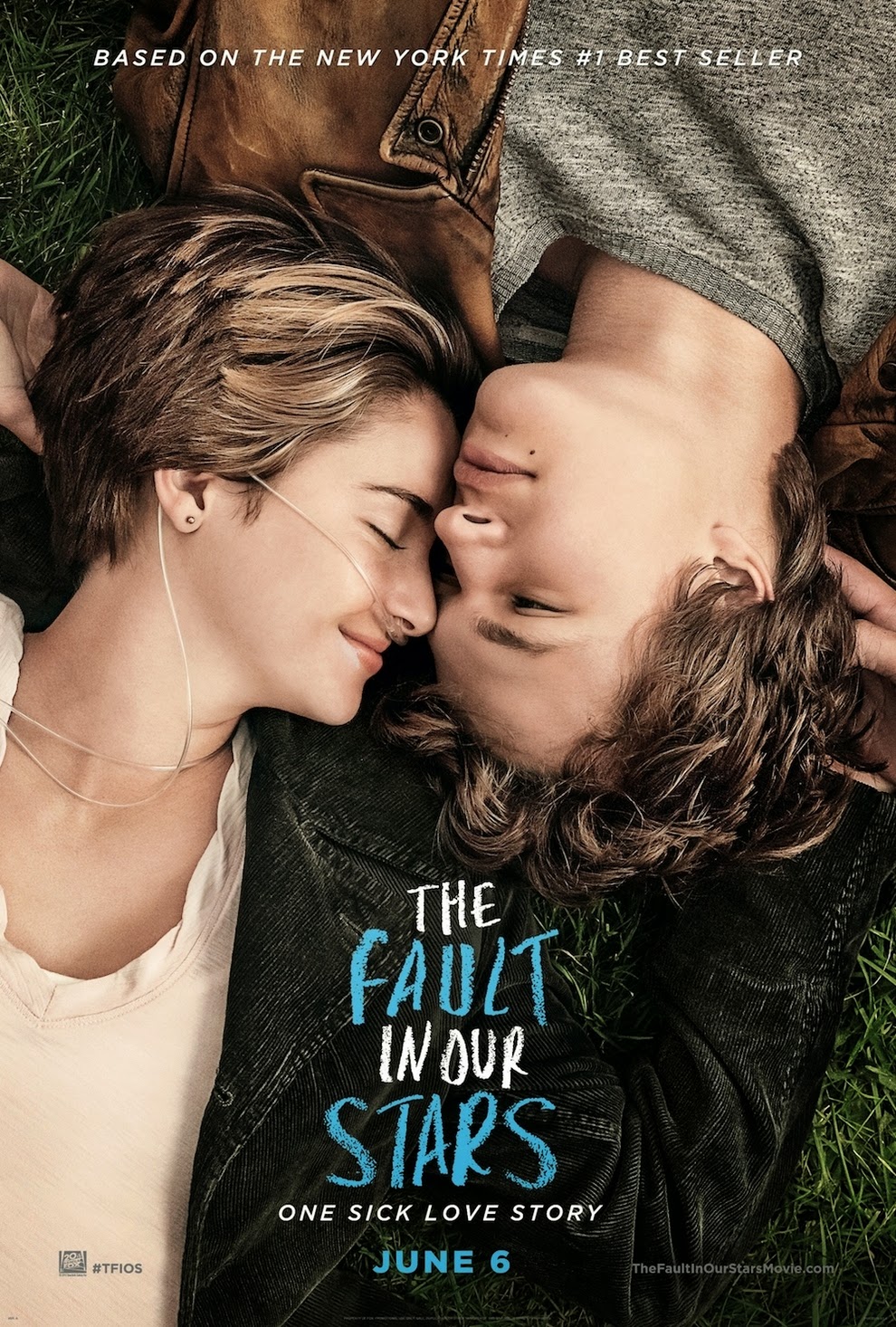 “Hello. My name is Hazel Grace Lancaster. And Augustus Waters was the star-crossed love of my life. Ours is an epic love story and I probably won't be able to get more than a sentence out without disappearing into a puddle of tears. Like all real love stories, ours will die with us, as it should…” This is what fans and non-fans alike will come to expect in The Fault in Our Stars. An American romantic comedy-drama film directed by Josh Boone, based on the novel by John Green. The film is told from the point of Hazel Grace Lancaster, a sixteen-year-old cancer patient who has a acerbic wit and a disdain for the conventional. She is forced by her parents to attend a support group, where she subsequently meets and falls in love with Augustus Waters, who shares her wit and disdain. Together their love sweeps them on a journey. Their relationship is all the more miraculous given that Hazel's other constant companion is an oxygen tank, Gus jokes about his prosthetic leg.

Speaking of the book, for this blog, I have added something extra to make this blog special for this film. For our first of, hopefully, many collaborations, I have partnered up with my good friend Ashleigh Neame who has a blog that reviews books. So she has reviewed the book on her blog. Check it out!

The film stars Shailene Woodley, Ansel Elgort, and Nat Wolff, with Laura Dern, Sam Trammell, and Willem Dafoe in supporting roles. The performances in this were all superbly acted. All the actors were blessed with a great script. The cast and especially Woodley and Elgort give all-star performances, doing just enough to hand the reins over to the pros, who take what's left of the film and finish the audience off with some touching scenes that don't leave a dry eye in the house. But the film’s two leads were both suitably attractive and appealing. Woodley was soulfully committed to the suds in the story and fiercely attentive to the other actors.

Ultimately, no matter how many innovative and unconventional flourishes it applies, the success of any adaptation of any modern teen-romance novel is determined by two factors: the competence of the director and the ability of the main cast members. Boone, Woodley, and Elgort places The Fault in Our Stars in capable hands. The film is striking in its rich, saturated story. Amid the sentimental and tearjerker nature of the film, Woodley and Elgort emerge spotless and beatific, lending a magnanimous credibility to their scenes together. These two pros slice cleanly through the thicket of sap-weeping dialogue and contrivance, locating the terror and desolation wrought by the inevitable truth of death. Overall, the film is surprisingly good and manages to succeed where many other "teen romances” fail. So Audiences craving big, gooey over-the-top romance have their must-see summer movie with this film.


Simon says The Fault in Our Stars receives:

Also, see my review for Stuck in Love.
Posted by Simon Shin at 09:00