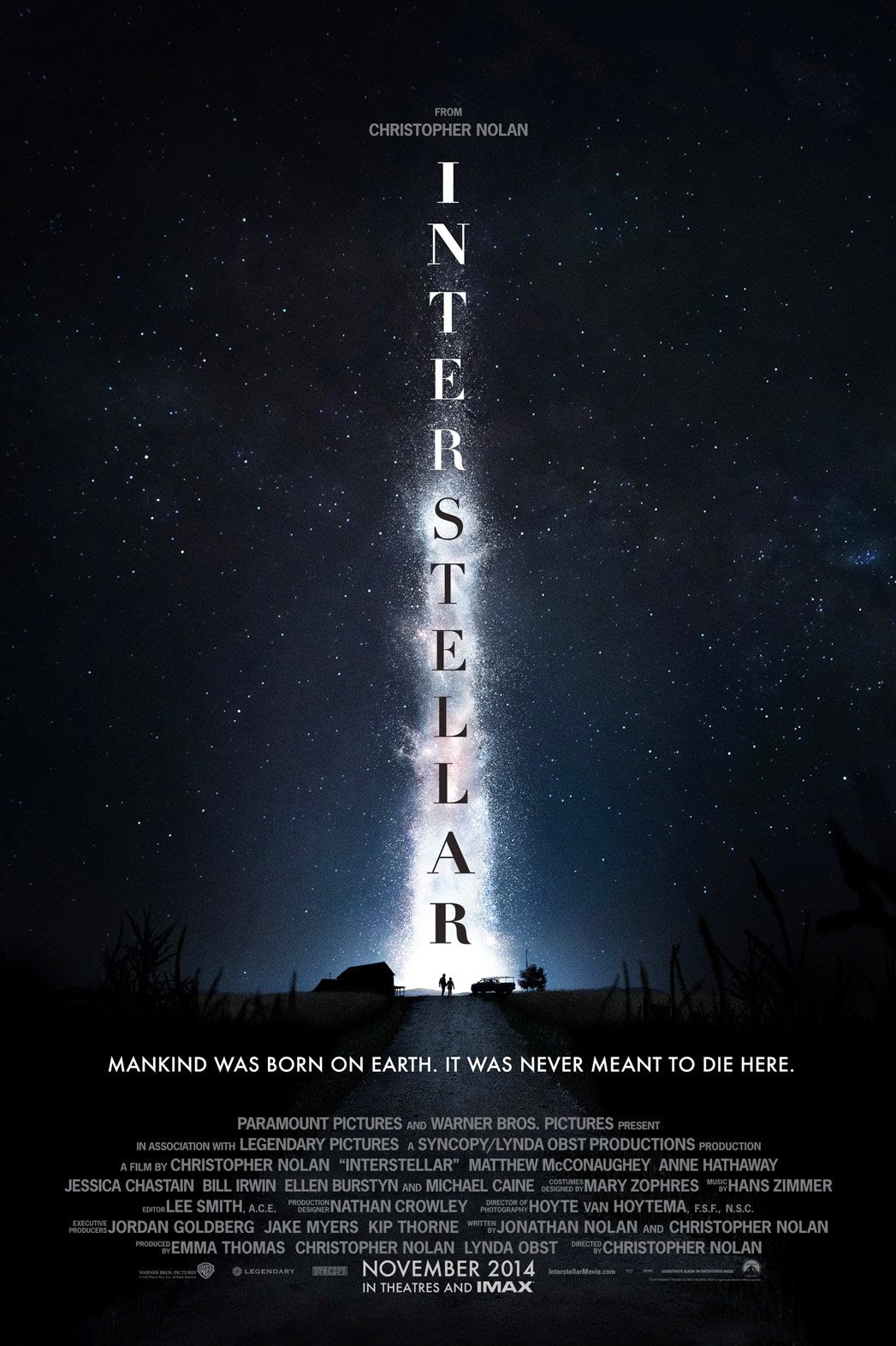 "We've always defined ourselves by the ability to overcome the impossible. And we count these moments. These moments when we dare to aim higher, to break barriers, to reach for the stars, to make the unknown known. We count these moments as our proudest achievements. But we lost all that. Or perhaps we've just forgotten that we are still pioneers. And we've barely begun. And that our greatest accomplishments cannot be behind us, because our destiny lies above us." This sums up the whole premise of this summer's gargantuan Science-Fiction Epic Interstellar (2014). The film is directed by the great Christopher Nolan. Based on a screenplay co-written by Nolan and his brother Jonathan Nolan. The film follows a group of explorers who make use of a newly discovered wormhole to surpass the limitations on human space travel and conquer the vast distances involved in an interstellar voyage in order to save mankind.

Though the film was one of the most original Science-Fiction films, as well as one of the most original films of the year. For its ode to the genre, the influences on Interstellar, said by Nolan, included the "key touchstones" of science fiction cinema; Metropolis (1927), 2001: A Space Odyssey (1968), and Blade Runner (1982). He also cited the space drama The Right Stuff (1983) as an example to follow, and screened it for the crew before production. For the visual and design aspect of the film, he said Star Wars (1977) and Alien (1979) also influenced Interstellar immensely. With the emotional human drama, Nolan also compared Interstellar to The Treasure of the Sierra Madre (1948), as a film about human nature. In addition, he also sought to emulate films like Steven Spielberg's Close Encounters of the Third Kind (1977).

The film stars Matthew McConaughey, Anne Hathaway, Jessica Chastain, Michael Caine, Mackenzie Foy, John Lithgow, Matt Damon, Casey Affleck, Topher Grace, Wes Bentley, David Gyasi and Ellen Burstyn. The cast gave their finest performances yet. But I felt the best performances in the film came from McConaughey, Chastain and Foy. McConaughey gave the pinnacle of his acting career in this film. McConaughey gives the film much well-needed heft. He is the center of gravity. Chastain and Foy both gave remarkable performances as both adult and young Murph. It was these performances and their relationship between father and child that was the emotional core of this film.

Interstellar is a great film and an unforgettable endeavor. It is an awesome realization of interstellar space-travel. The film is a dazzling 170-minute tour on the Nolan film ship through the universe out there beyond our earth. The film is perhaps the first multi-million-dollar super colossal movie since Stanley Kubrick’s 1968 Science Fiction epic 2001: A Space Odyssey, which can be regarded as the work of one man. It joins a short list of recent American movies that might be called experimental epics: movies that have an ambitious reach through time and subject matter, that spend freely for locations or special effects, but that consider each scene as intently as an art film. The film is as exciting as the discovery of the mysterious and beautiful black hole itself. The film succeeds magnificently on a cosmic scale. The film is an epic film about mankind, brilliantly directed by Nolan. The special effects and the IMAX cinematography are mind-blowing.

Also, see my review for The Dark Knight Rises.
Posted by Simon Shin at 09:00